Good days and not so good

Good days - well my weight watcher week had good and bad - ALL of the week I had blue dots (yay me) and even over the weekend when my son decided to grill out. I ate a hamburger w/bun - a hot dog (no bun) about 1/4 cup of potato salad and some baked beans (and probably a couple of things I'm not remembering. I was still in my blue dot BUT I did gain about 2 pounds. Which carried over and by the time weigh in came - this morning I pretty much was at last week's weight - which was still good

So why was this still good? Because now I know what I shouldn't do if I want to continue to lose - even if I'm still within my points for the day/week.

Bad days - a friend that I had know from high school passed away. He was diagnosed with liver cancer back in January. Over the last 6 months I think only his wife thought he would survive this - I didn't nor did anyone else I knew sadly. And no I'm not an emotional eater so that didn't play into my weekend. Dave Maple was his name and he was a nationally recognized artist that had taught at the ceramic studio I go to for 18 years - I even took lessons from him. He was such a gentle sole - we use to talk about different art techniques and squirrels - he loved his squirrels - had some of them eating out of his hand - just like Bob Ross did (and he took lessons from Bob Ross as well). He was such a gentle sole and will be missed so much! I'm an avid cross stitcher and was doing a small thing for him that was called Red's Tree House and I was going to put under the picture Chuck's Tree House (the name he gave his favorite squirrel) I was putting it ahead of everything else but under the circumstances I'm no longer in speed mode. I will complete it tho and give it to his wife - not right away - maybe 6 months from now when her emotions aren't quite so raw but finish it I will.

Let see what else was going on - Boy Scouts - well between January and May I had a total of 16 new scouts that had bridged over from the Webelos (13 of them in May). I've gotten all but 3 of them ready for their Scout Rank before summer camp (which is my goal) which is the first week in July. 1 new boy came tonight (not counted in the 15) so he and 3 others still have to finish up - 3 will be able to do that at summer camp but 1 isn't going so I will see him hopefully on the 13th of July. I also finished up last Sunday a Cooking Merit Badge for one of the boys. He has only a few things to finish up before getting his Board of Review for Eagle Rank.

Weight wise I'm still following the plan - not obsessing about any weight gain I might have but hoping for a loss. Baby Steps

Hope whoever reads this has a wonderful - safe - productive - happy week!! 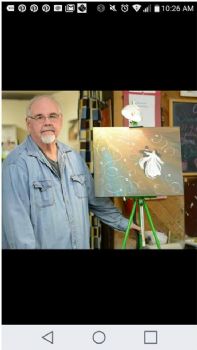