The Miracle of Micah 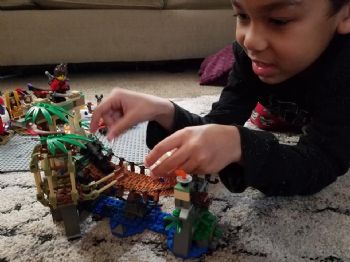 "Autism, or autism spectrum disorder, refers to a range of conditions characterized by challenges with social skills, repetitive behaviors, speech and nonverbal communication, as well as by unique strengths and differences." Autism Speaks The first time that I used this definition of Autism was the first time that I wrote about Micah. Micah was seven and in the first grade. He has grown fast and strong. He is almost 9 - May 20th is his birthday. He is in the third grade and thriving.

We got lucky and Micah is on the high end of the spectrum. His teachers are proud of him and the work that he does. He is a good student. He writes stories, reads at a fourth grade level and we expect for him to transition fully to regular school by the time he is in the fifth grade. The majority of his day is spent in regular classes. We found out the he loved math and reading when he was in the first grade. He has since expanded his horizons. School is fun for him and he enjoys his scholastic days. His favorite places to be are the school library and Powell's Book Store, downtown.

But what about Micah the boy ? He is sharp as a tack. Like any young boy of 8 he loves watching Ghostbusters, Transformers, Star Wars, Power Rangers and movies like The Nightmare Before Christmas, Ninjago and Charlie Brown anything. He has collected costumes from these favorite shows and he dresses up as he acts out entire scenes from beloved movies from memory verbatim. He is a connoisseur of the written word, possessing all of Dav Pilkey's works - Captain Underpants and Dog Man !! He also has one of his non serial books about a dog named Hallie Tosis. Micah loves to read and he will spend hours with Ninjago friends, Goosebumps ,Ninja Turtles, Spiderman and other age appropriate graphic comic books. Micah loves music. He goes to the Symphony once a year with his mother to listen to the Symphony play the music to popular movies like Ghostbusters, Star Wars, Harry Potter and The Nightmare Before Christmas. At the symphony he dresses up like characters from the movies which they will perform music to. Last year he went as Jack, from the Nightmare Before Christmas. It is one of his favorite times of the year. For everyday fare he uses his Google Mini to request and listen to songs all day long. His choice of music is eclectic. He loves Tears for Fears, Van Halen, Tom Petty, anything Michael Jackson, Beyonce, Beastie Boys - he used to be lulled to sleep by Beyonce when he was a baby and he's carried his love forward - and much of the music found on Kidz Bop for pop fare.

His interests are varied and wide. He has developed so much talent for memory and imagination. He is a master builder of Legos. He has an entire city- replete with dragons and spinjitsu vehicles - that he has constructed all on his own, with little help from Mom or Grandma. This is the little boy who went to therapy three times a week for years. His life experience with his therapies have helped mold him into the boy that he is today. Speech therapy helped us communicate and ward off negative behaviors. Occupational therapy helped him with coordination and activities of daily living. His Developmental Pediatrician is impressed with his progress. He has been seeing Dr. Dell, since he was 18 months old, through this date. He has been with us through the hard years and now the rewarding years. Micah is amazing. He is so well rounded and balanced these days. He has fought hard and won his battles. He still has challenges with some school subjects and he, as an only child could share and play with others better. Micah is love incarnate, though. He is generous and he is kind. He loves to snuggle and cuddle. I am so proud of the child he has grown into and we are excited to know the man he will become. Autism is selective. It affects some things, but not others. Micah has survived the worst of the struggles and come out the other side as a triumphant child. Micah is miraculous to me. 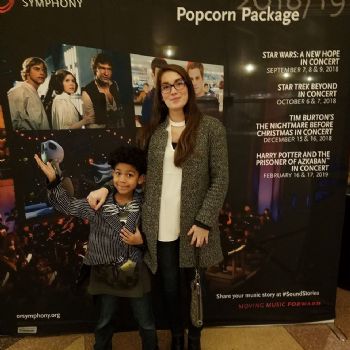 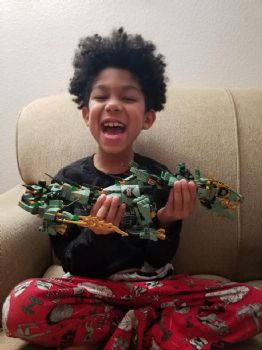