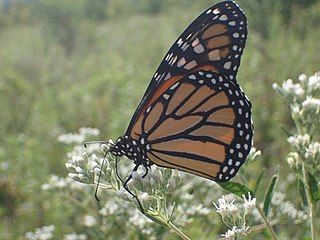 From the "Love Tokens" series

I was walking through the storeroom of my sister’s house when I heard a large butterfly beating its wings against the window. I thought, “Oh, you poor thing.” I glanced at it through the window & could see that its beautiful wings were starting to fray. I almost didn’t do anything, because of her condition. But I couldn’t stand it.

I hurried outside. She was caught in a strong Black Widow’s web & with all her thrashing, she had become covered & trapped by it. If she stopped to rest, the spider—who was sitting off in the corner of the window—would reach out & pluck the web threads which would send her into another fit of trying to get loose.

I grasped the web above her head & broke the strands loose, then broke them under her. I was left with a butterfly in a cocoon of spider web. I shuddered, then closed my fingers loosely around her to keep her from doing more damage to her wings.

I took her to our car & leaned against it as I studied the mess & how to get it off of her. I was so afraid I would hurt her delicate legs & nose. But I couldn’t leave her like this, she would die anyway if I did. As soon as I touched the web she went into another frantic attempt to get free.

As I worked, I was pleased to see that the web strands were coming off her wings without doing any more damage. Then I started working on her front feet. When she felt me touch her leg & pull at the web, she quieted, then lay still. When the web was loose from her leg, she jerked her foot loose from it & continued to lay still.

But when I started on her body, I noticed a change in her. It seemed like she was thinking. Suddenly she arched her long body straight up in an L shape & totally lay quiet in my hands! I loosened my fingers. Still not a sign of movement. It was clear that she realized I was trying to help her & had chosen to cooperate the only way she knew how.

It wasn’t long before her body & wings were free…but there was still a small piece left on her delicate nose. I managed to get hold of it without touching her nose & pulled it loose. I looked at her as she lay quietly in my hand. I was almost sorry that the time had come to let her go free. Then I held my hand out from my body. For a moment she just sat there. Was she able to fly after all the trauma & damage?

I needn’t have worried. She spread her wings & took to the air. But instead of flying away as I thought she would, she began flying in great swooping circles around me. Up, up she flew, around & around ever in those joyous circles; dipping & climbing, dipping & climbing till she was about 10 ft. above me. She made one last circle above me…& fell to the ground. I rushed over to her & squatted down beside her. She lay there for several minutes & I was beginning to fear she had used the last of her strength. I didn’t touch her for fear of scaring her again, but just waited.

Finally she got her feet back under her, rested a little longer, then spread her wings, floated on a light breeze down into the woods below the house & out of sight. I gazed after her for several minutes. What a privilege it had been to hold one of God’s beautiful creatures in the palm of my hand & be treated, not only to her cooperation, but to her joyous “Thank you.”

Surely God didn’t give just that one beautiful butterfly that kind of intelligence & grateful spirit. Surely there will be communion between God’s people & every living thing in our home in eternity. Heaven will be cheap enough!

NOTE: You can tell a male & female Monarch apart by their wings. The male has heavier veining & one spot on a vein on each back wing. My little friend had no spot on her back wings.