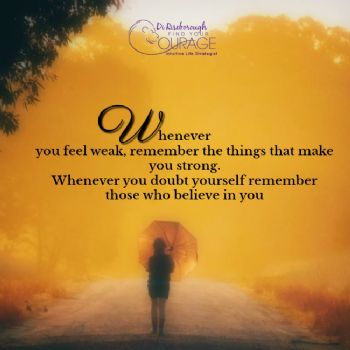 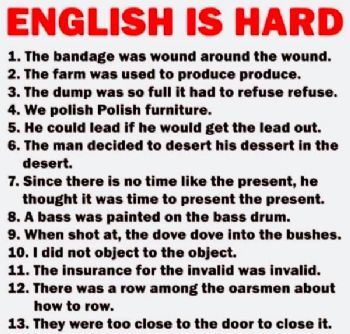 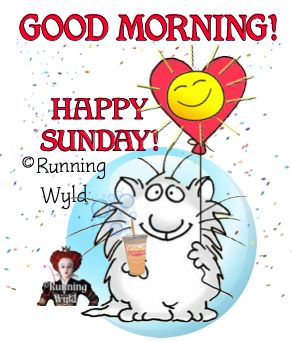 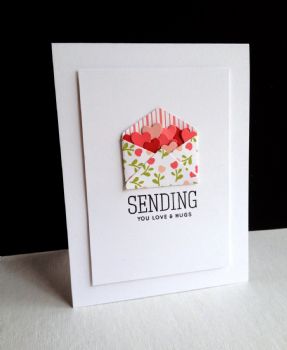 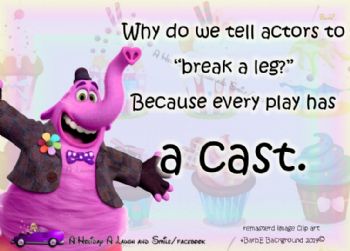 An oldie but we can relate….
An old, tired-looking dog wandered into the yard. I could tell from his collar and well-fed belly that he had a home.
He followed me into the house, down the hall, and fell asleep on the couch. An hour later, he went to the door, and I let him out. The next day he was back, resumed his position on the couch and slept for an hour.
This continued for several weeks. Curious, I pinned a note to his collar: “Every afternoon your dog comes to my house for a nap.”
The next day he arrived with a different note pinned to his collar: “He lives in a home with four children — he’s trying to catch up on his sleep. Can I come with him tomorrow?”


It's Pet Owners' Independence Day! A tongue-in-cheek celebration to spend the day the way your pet would--lay around, chew toys, sleep all day and send your pets to work. Good luck with that.
--Adult Autism Awareness Day: today is to promote inclusiveness through education plus to improve social and employment outcomes for adults with autism.
--Go Fly a Kite Day: observed on the 3rd Sunday of April; today is a salute to an idiom to be taken figuratively and literally today; usually, it's an old idiom to tell someone to go away but since it is Kite Month, today would be to get outside and fly kites with the kids.
--International Amateur Radio Day: today commemorates the founding of the International Amateur Radio Union, started April 18, 1925 by representatives of countries all over the world; the IARU gives a voice and platform to amateur radio operators everywhere.
--International Day for Monuments and Sites: also known as World Heritage Day; today celebrates and promotes cultural diversity, raises awareness of the relevance and vulnerability of cultural sites around the world and the needs and benefits of conservation.
--Juggler's Day: today celebrates the skill of juggling; not multi-task juggling like a Mom but the performance of juggling items, such as balls, fruit, and keeping them in the air; I never could get the hang of it-can you?
--National Animal Crackers Day: ah, a snack of our childhood; animal crackers were in Britain by the 1800's and in the US by 1870; by 1902, they were made into the circus train based on PT Barnum's circus animals.
--National Lineman Appreciation Day: today is a salute to the unsung heroes after every major storm when we lose power; the next time you see a lineman (woman), tell them thanks for the work they do in miserable conditions.
--National Velociraptor Awareness Day: these dinosaurs were small, fast, bird-like, may have had feathers, about the size of a turkey, and up to 33 lbs; they had a sickle-shaped claw on a toe of each foot as a way to catch their prey.
--Newspaper Columnists Day: today celebrates the importance and contributions by columnists and journalists around the world; the holiday is in honor of Pulitzer Prize winner, Ernie Pyle, who was killed this day in 1945 during WWII.
--Pinata Day: today is a salute to a celebrated party prop which came to Europe in the 14th century; the early pinatas were made of clay pots and are thought to have originated in China for their New Year celebrations where, after being opened, the remains are burned and the ashes used for good luck during the year.
--In 1775, Paul Revere rode into the night to warn the colonists of the British force's arrival.
--In 1906, a 7.8 magnitude earthquake hit San Francisco; the quake and resulting fires destroyed 80% of the city, killed 3,000 and left 300,000 homeless.
--In 1956, actress Grace Kelly married Prince Rainier III of Monaco and became a princess.