It was a Murphy's Law Week

When I am being totally honest with myself, I admit that some of my strengths sometimes turn into liabilities. I am self-professed (over)planner, (over)thinker, and (reformed?) perfectionist. An accumulation of things this week ended up sending me into worrier mode. They (re)taught me the truth in Robert Burns' poem "The best laid plans of mice and men often go awry."

This truly was quite a week. It was a string of near misses and mishaps or, as a good friend said, I had a "Murphy's Law" day. In truth, it was more like a Murphy's Law week. Anything that could go wrong, did go wrong. I am very grateful to report it was mostly little things - nothing major in the scope of life - and there seem to be no negative outcomes. The road tar on eight dog paws was removed (although despite multiple baths, the boys are still a bit greasy and smell), the lost credit card was found and returned by a kind stranger, the mower eventually restarted after the blockage of damp grass was removed, disappointments and missed events were let go, and appointments were re-scheduled ... well, you get the picture.

In better days and times, I believe I would have handled what the universe did to my careful planning without missing more than a beat. But as we climb out of all that has occurred over the past sixteen months, I'm afraid my coping skills are a bit worn. But the week has left me a bit more self-aware and thankful.

Self-aware? of the toll recent times has taken on many (all?) of us. Right now, there is much being written and said about the mental health of both adults and children. I see ways I have been effected and am reminded, I am not alone.

Thankful? that after more a few deep breaths and a caring friend to listen, that all is well. And I am chuckling as I am reminded ... 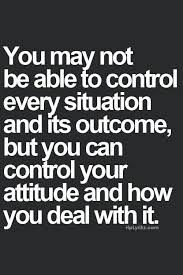